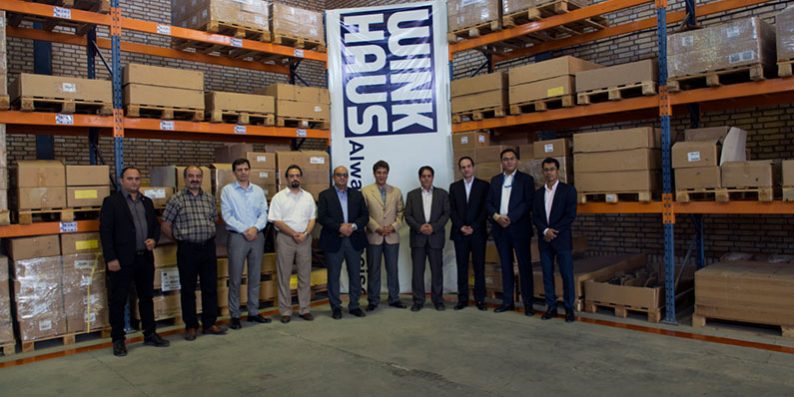 As reported by “Donayaye Nama va Panjereh”, on August 1st of the present year, members of the board of directors of UPVC Door and Window Association of Iran have a day visit to big storage of WINKHAUS Fittings in Iran and has evaluated the qualitative and quantitative status of the products of the company closely. They presented their consent regarding WINKHAUS Fittings storage and depot and has negotiated with the Engineer HAMIDREZA SEYEDIFAR in the field of special services of this reputable well known company.

In this meeting in which Mr. SEYED REZA AKHAVAN DASTMALCHI (Chairman), VAHID JALALIPOUR (Secretary), ALI JAVAN, MOHAMMAD AZIZI and PEYMAN KHALILZADEH, member of the board of directors of the association of producers of UPVC Door and Window of Iran were presented; has announced that WINKHAUS Company is ready to present door and window fittings to the members of the association under the special conditions and services and the member of the association; upon official introduction by this guild union and connection with the management or commercial and sales department of the WINKHAUS company may be eligible to purchase fittings under the international standard on Foreign and Rials exchange. Managing Director of the WBH Co., in reply to the request of the members of the management committee  of the association has declared that: This company, like before, is ready to present the specialized educational services for installing the new system of fittings and to reach this goal, some of the employees of the company have been sent to the Germany to be educated and we will present the practical educational courses shortly. 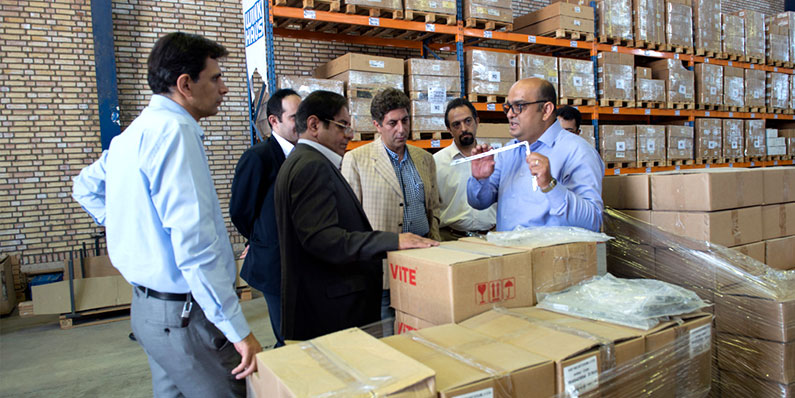 He confirmed that WINKHAUS trademark is the first supplier of the fitting in this industry and is always aiming to find and select superior clients and costumers; added that the reality is that unfortunately during the latest years, and especially, after the manufacturing Mehr Housing Plan, the import of the poor quality fitting have increased and the mentality of the users is damaged and that is why the WINKHAUS will invest on increasing the people awareness and the usage of the new fitting generation.

In this report, he added: Members of the board of directors of producers of UPVC door and window trade union of Iran; while appreciating the efforts and cooperation of the WINKHAUS company in order to increase the quality level of the doors and windows, has confirmed on the necessity to change the viewpoint on producers and users in choosing the door and window fittings. They also offered the SEYEDIFAR to announce the detailed qualification of the proposed package by this company within a written letter; which is aiming to present especial services to the members of the trade union and this union is ready to take action in a well-described and codified framework, in order to introduce the companies, members of this trade union officially to use these special services. SEYED REZA AKHAVAN DASTMALCHI, is the chairman of the trade union of producers of UPVC door and window of Iran, with noticing the long record of the WINKHAUS trademark in door and window industry, has declared that this trade union is expecting that the companies with the ID, distributor of the door and window fittings, to present the clear offers from the producers of door and window who have been always following the assembly and installation standards. The particulars of the one-day visit and its results, will be found at “Donyaye Nama va Panjereh Monthly” interview with Mr. Engineer HAMID REZA SEYEDIFAR, in the next volume.